i'm back in my beloved South

the day after the whale watching i boarded a plane and flew to South Africa and then Atlanta. i'd been planning it for several weeks. it all began when i went to get my visa renewed and change my plane ticket. i had purchased it with dates at random a long time ago and had planned to change the dates to correspond with my visa. but when i went to change the flight that never costs anything, she told me i would have to buy a new ticket and that it could not be changed. i pulled out my credit card to just change it but something told me not to. a felt a check in my spirit and i knew i needed to give this more thought and prayer. so thought and prayer i gave it. and i knew i was not to spend the money on staying another month and that even though another month would give me more time with all our projects that there would never be a "good" time to leave. so i circled the date on the calendar and told no one. i decided why not surprise them. it's not every day you can show up at a field trip and surprise your sister and nieces and nephews. but i got to do just that. and the field trip included ice cream from a dairy in cleveland, georgia. so it was worth hiding in an office and explaining my story to strangers. my sister's face was priceless. my 5 year old nephew never left my side.

so, i'm home. and yes it feels wonderful to be back and back to "normal" and hot, running water and delicious food and family. but re-entry never gets easier. it just gets different. i no longer speak Portuguese to all the black people but i do find myself putting my keys and change from the cashier in my bra. i bathed twice a day for the first week, just because i could but now bathing is overrated and takes so much time and it's so hot in there. i see all these glaring flaws in our society and i find myself starring at people. we stare in mozambique. we spit too. i can't do that anymore.

i miss my friends and the school and my students. i just heard that the renamo have ended the peace pact they had with the frelimo since 1992. my heart aches. and then i get this message today. ROFI GOT A SCHOLARSHIP!!! sweet, precious Rofi. one of my students!! is going to UNIVERSITY!!!! and i want to be there to hug his neck. but i am here. in America with all these people on their cell phones. 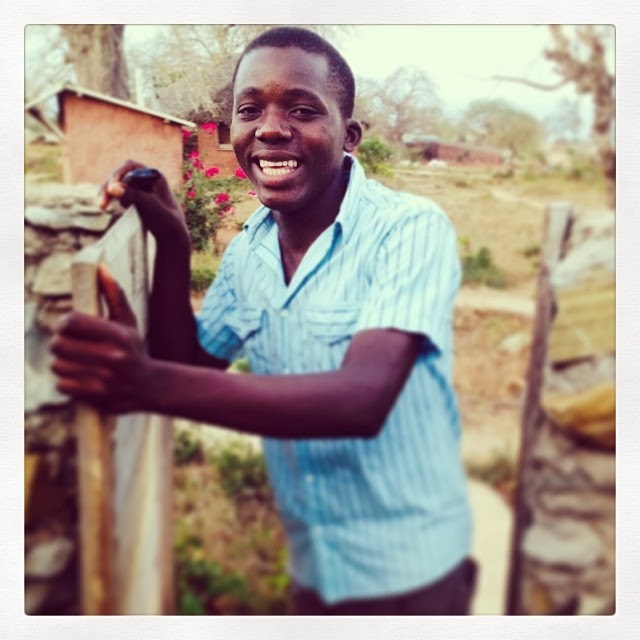 i am spending a whole entire day with my sister tomorrow. just the two of us. something we have not done since my 32nd birthday- over four years ago.

so i am good. i am happy and i will be okay. my taxes are in the process of getting done a little late and i am dealing with "real life" one day at a time. but my heart is there and i have no patience for your first world problems. but i still love you and i need you to love me too.

A beautiful story from a friend of a friend: Pursuing Normal

This girl is amazing. She goes into war zones! She is my hero. She shows me there is hope for me yet in living between the two worlds of the West and the Third World. She loves and cherishes them both. That is a healthy place to be. Where you don't feel guilty in either one. She makes me feel normal for filling my online cart on J. Crew just for fun. This is probably one of the things I wrestle with the most as a "missionary", living between two worlds. Even my own world here in Mozambique is so divided- extreme beauty and extreme poverty. I consider our beach to be the most beautiful in all the world. At our Sunday service at the beach house, the view always commands my attention. It is breathtaking and I cannot take my eyes off it. It is expansive and turquoise and white. Whales were breeching in the distance. Blow spray high into the air and flapping their fins and tails. It is surreal to sit and watch. That is my view to the east, to the west are mud hut villages and garbage dumps and barefooted children scavenging among the rubbish. But I see the beauty in both. These tiny brown-eyed treasures.

A few nights ago I sat with a group of Zimbabwean and South African men who bashed our causes and made fun of missionaries and claimed the poor will always be and that is simply the way it is and you cannot help them. I can agree with some of their claims regarding ways in which the West try to help but only hurt the poor by giving handouts and only creating a cycle of dependency. But I cannot agree with standing idly by while the poor die and live in a world of injustice. I also understand that these men grew up with the extreme poor in their backyard and are familiar with their cultures. I think a lot about this and am careful not to fall into the cycle. I see it all so clearly- there are really poor people in the world, God told me to go help, so I did. I don't see how they can't have sympathy or at least a little bit of compassion. It all weighed heavy on my heart. As I prayed and asked God to show me the truth behind it all, I clearly heard Him say, "They're just ignorant." The wealthy, educated white men are the ignorant ones. I don't need them to join my plight or my cause. But I don't understand a world that doesn't have compassion on the poor. Even the Bible says the poor will always be among us. But that doesn't mean we have the right to look away and ignore it.

In the story above, Cassandra goes into a war zone and plants flowers. Something God told her to do to show love to a frightened people and bring HOPE. It is frivolous and it doesn't make sense but it brought hope and beauty to a village running from war and guns and dying. I do believe that we are called to be His hands and feet and the poor are our responsibility. Knowing your place is as simple as asking Him to show you who needs help day by day. It is the "wise" who are missing out on the simplest of truths. Politics aside, history aside, God called us to love and love does look like something. Somedays I am terrible at it. Other days I do a pretty decent job. But it comes from Him, and His eyes and His wisdom. The white men at the table the other night simply don't know the truth. I can't imagine living in their world, one where you fend for yourself and fight for worthless treasures. The treasures are in the garbage dump, y'all. The last place you'd ever look. And the answers to their plight may look like pansies in the dirt, which seems a little absurd. But I am finding God is like that- extravagant in love and mercy and kindness. And he sees the treasure in the scruffy, chain-smoking South African men. And I don't and He still loves me. 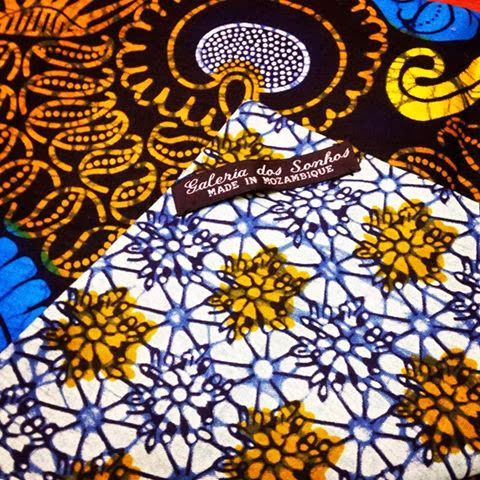 Posted by Grace Davis at 1:32 PM No comments:

The rainbow below showed up yesterday. I had left the sweat shop of the sewing school and went to sit by the sea and think. The schools and their responsibilities bring a certain amount of pressure and I go there to sort my thoughts. The English school is no longer my worry as Adele is running with that. Tim is only arriving tomorrow to begin Vocational School and the guy at the Kauri resort has not yet paid my students. I am furious. He promised them pay and a letter of reference. They've not received either. It's Mozambique. I have little recourse. But I do have my thoughts sorted now and he will rue the day he disappointed Mana Graça. The sewing school does bear a great deal of responsibility but just as it was created out of my simply being, I know it will continue out of that same place. I did meet this week with the hotel property manager about using their retail space and he is keen. He even offered me a job, but I turned him down. I thought about it though. But I even told him as he was making the offer that you could not pay me to live here. He didn't get it. So now we sweat and we sew and we make all that we can and all the rest of the time I strategize about how to sell this and make ends meet. Doing and Resting and finding the balance. I am not so good at it.

A friend has given me a little dingy bungalow on the beach for the week. I have finally slept. Only once did I sleep through the night but it did wonders. I could hear the waves crashing on the shore. But I woke in pools of sweat and wet hair. The bungalow was built in the 80's and nothing has been changed. It is a single room with a tiny loo and a teeny tiny "kitchen" with a mini-fridge. But I woke at 4am to views of little svelte Mozambican men pushing their wooden boats out for the early morning catch. I still can't breathe in my real house. Mold or something. There are lots of things to make you sick here and I guess if I had to choose this one is not so bad.

I've been sending bundles of our goods home to Georgia and I think I will have my choices of places to sell locally. I've been humbled by the response and am excited to be able to keep the business going. As I sat there by the sea worrying and unable to relax, something said stay and so I did. I got to see the promise in the sky and I know it will all be okay. God loves these women so much more than me and He's got them. He knows so well how to care for me and He will do the same for them. So I am resting in this. Working way hard and resting and somewhere in between.

I've heard rumors today about your government shut down and I am anxious to read up and hear more but I've sworn off politics. So tell me about the weather and the leaves. I am getting excited to join morning tennis and lovely mornings at the cabin. Some days their visions save me.