The first time I went surfing, I lost sleep the night before. I was full of nervous excitement of what dawn patrol and standing top of a wave would bring. The ride out to the beach didn't settle my fears. With boards strapped on top of the little black Subaru and Master Surfer, Shelley Merrick giving me instructions, "watch the nose, it'll pop up and hit you in the face", "how well do you swim?", "watch for rocks". Fear and anxiety overcame giddy excitement. I think I was more nervous about just looking like an idiot than being eaten by a shark, I wanted to surf with grace. I know I got really quiet all the way out to the beach, our boards underneath our arms. We paddled out, watched the waves. I got on my stomach, looked over my shoulder and watched the sets roll over and over. When the right set came along, Shelley yelled, "Go!". I paddled with all my might, hands pushing on the board to keep it from popping up, quickly jumped into position, and stood. I SURFED! Instantly ready to paddle right back out and go again. 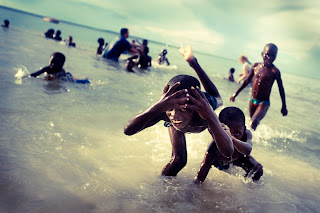 This series of emotions has been a constant in my life. Anxiety and uncertainty met by sheer delight. This is how I feel. I am about to jump into a deep end of so many unknowns. I am full of expectancy and angst and joy and delight. I have so much going on. I will share full details...soon! It's going to be a wild ride.
Posted by Grace Davis at 2:19 PM No comments: Links to this post 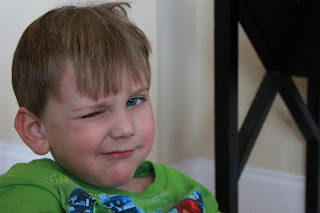 Natty has learned to wink. 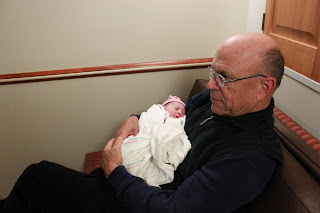 A best friend had a baby and I got to watch my Dad hold him, just hours old. I got to hold him too, of course. 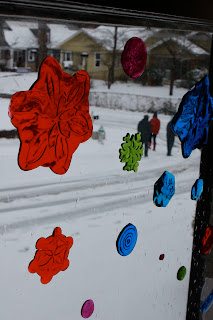 The snow I missed at Christmas, graciously came back per my request and gave me TWO DAYS OFF FROM WORK!!!! 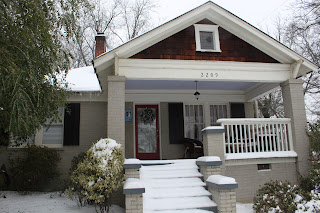 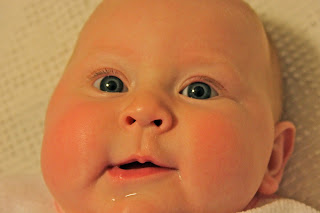 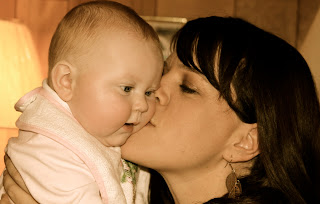 I have a new cousin. Just one glance and I was forever smitten. I am madly in love with this little girl. Her personality is so sweet, she is so gentle and so cuddly. Some babies are skinny and too active and too spitty and fuss and don't like to be held. McCarley is squishy. She made my Christmas. I can't wait to get to Columbia and spend quality time with this child. I want her to know all about her Grandma Martha and I want her to know that I have her back and she can call on me if she ever needs anything. I will always have gum and she can confide in me and I want to always cheer her on for life, like Martha did for me. 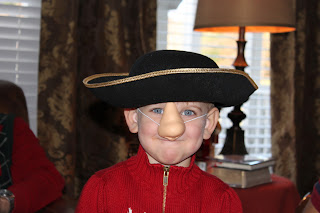 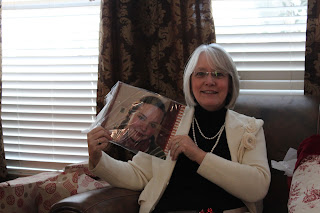 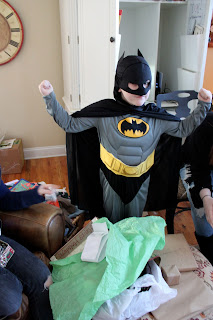 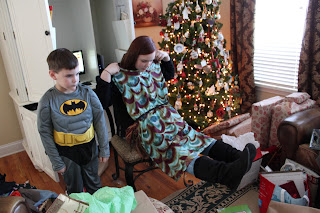 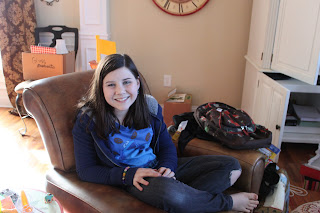 Christmas with the Fallin's was celebrated a week early because of my plans to be with Laura. I racked up! Carla always takes care in filling my stocking and making me feel so incredibly, lavishly loved. Some of my favorite presents from the past are from the Dollar Tree. She usually takes the kids and lets them pick out gifts for us there. I love seeing what they think I will like. And they usually are so very much something I like or really need, like shower curtain liners and batteries and cookie sheets. One year Carson got me a tiny porcelain house covered in snow that was almost an exact replica of the house on College Avenue. But Carla says the Dollar Tree has gone downhill as of late and they just have junk now. So, I got a whole set of Fiestaware in Peacock Blue and Dad gave me an LCD-TV. I had seen it near the Christmas tree at their house and assumed it was not for me. Dad tricked me as if I were 12 and brought it in after all gifts were opened. It worked and I reacted like a 12 year old. So giddy and excited about my new technology. I use it as a computer monitor in my bedroom and journal and write and edit perched on pillows with a wireless keyboard and it is lovely. 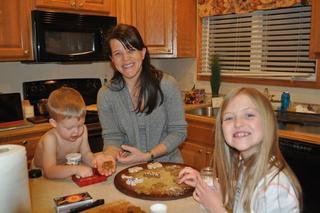 I left on the 22nd and spent Christmas with Laura and her sweet little family. I am so glad I got to be with her. We baked cookies and rocked babies and laughed. It was both sad and sweet watching the kids open presents Christmas morning while John sat on the coffee table via iChat from my laptop while in Iraq. I am honored to even know him. Staying with Laura, in her cozy little guest room in the basement, made me want to quit my job and move into her basement and be there all the time. We could be like Rhoda and Mary, popping in and out of each others apartment, sharing food and good conversation. I wish I could help her all the time with the kids and this overwhelming life as a single mom while John is gone. It broke both our hearts for me to leave. So we are now back to our remote friendship of never living in the same time zone and long phone conversations and iChats and simultaneous Target shopping in different locations.

It was such a great Christmas. I am so incredibly blessed, such sweet family, such wonderful friends, so always undone by the kindness of my Savior.
Posted by Grace Davis at 6:12 PM No comments: Links to this post